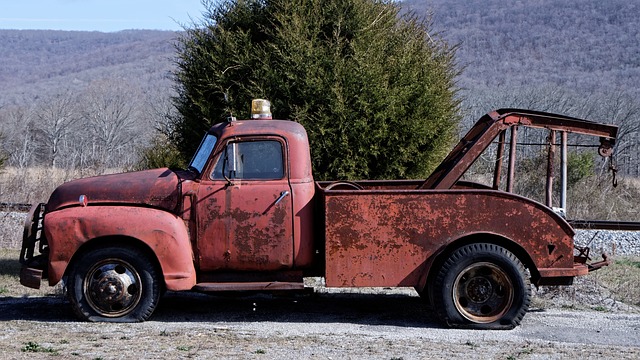 We’ve all dreamed of flying cars at some point in our lives. From young kids, imagining the freedom of flight and the surely cotton-candy-flavored taste of clouds, to the filthy rich who need a substitute for their private jets because like hell are they flying with poors. One brave tow truck driver attempted to make that dream of automotive flight a reality — and it seems he, very briefly, pulled it off. Then he was arrested on suspicion of DUI.

Welsey Howard, a 35-year-old tow truck driver, was making his way through Clermont, FL, when he crossed over the highway’s center median at 80 mph (FL State Road 50 appears to be a 50mph zone in the area).

Internal camera footage appears to show Howard being thrown from the truck’s driver’s seat after hitting a sign in the median, and losing control of the vehicle while it careened across the oncoming lanes towards an embankment across the road. Upon hitting that embankment, the truck crashed through a chain-link fence and landed on top of multiple vehicles in a private parking lot.

Luckily, Howard appears to be the only person involved, and no one was hurt. Police arrived and began to administer a DUI test, at which point Howard began to talk about winning That ‘70s Show. It’s unclear whether he won a box set of That ‘70s Show DVDs in some sort of competition, or if he believed the sitcom to actually be a game show. Maybe the Circle segments gave him a Wheel of Fortune vibe.

Police claim to have found unspecified “pain pills” in Howard’s pocket after the crash and have arrested him on DUI and drug possession charges. For the flying car enthusiasts out there, however, Howard serves as proof that any car can be the “We don’t need roads” DeLorean of your dreams — just, very briefly.